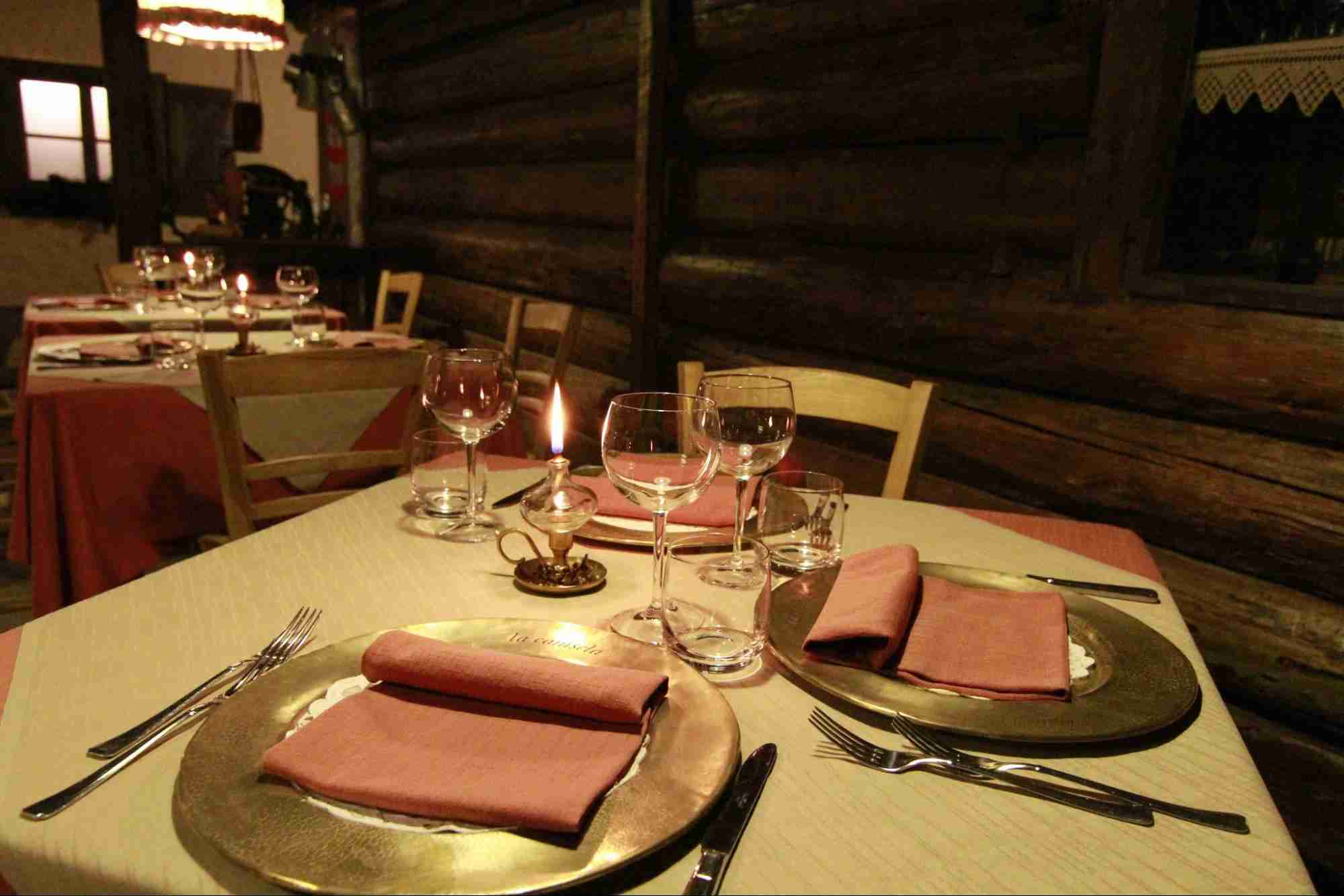 Up in the northern Italian mountains there is a holiday resort, a ski commune, that rests beneath the towering peaks of mountains on the Swiss-Italian border. The nearest city is over an hour’s drive away, and the resort itself is always home to visitors from abroad.

Via Passo Rolle is among the many resort-villages that zig-zag along the map of the Trentino region in Italy. It is a land of snow-white pistes, slopes, and cross-country skiing routes, running through the north country and linking resorts together like a connect-the-dot exercise.

The region is popular with Italians and skiers from Eastern Europe, as one writer noted in The Guardian. So on their holidays, Trentino’s European neighbours are always bobbing between locations.

As such, after mornings spent stomping through snow-covered terrain and skiing through adventurous climbs, many visitors are famished by the time they return and drift back to their accommodation. Local restaurants fill a gap and provide a key need.

One such cosy location, Ristorante la Canisela, caters to the many hungry mouths out for meat and drink after long days spent in activity. The venue’s infrastructure is aimed at guests who holiday on a schedule — skiing during the daytime, eating during the evening.

With a sophisticated reservations system in place, Ristorante la Canisela recently made the switch to Carbonara App; we spoke to them about the advantages it has brought both them and their international guests.

Sitting snugly on a long snake-like road, Ristorante la Canisela is in the heart of the mountain village. At 1,500 metres above sea level, the village itself is the ideal haunt for outdoorsy types on ski holidays and pilgrims looking for good food. Not to mention that Ristorante la Canisela neighbours the Grand Hotel des Alpes, a tourist-made venue.

So how does this work for a restaurant in a tiny commune? We asked Gianluca the owner about the biggest issues his restaurant faced on a normal workday. As it turns out, two main concerns were readily apparent from the offset.

Ristorante la Canisela found popularity in its willingness to branch out and offer both traditional Italian dishes as well as cater to international tastes. “We offer reinterpreted traditional cuisine,” said Gianluca, “but at the same time we use new products and techniques. We then offer international dishes, like foie gras and dishes with truffle”.

Naturally, this meant that customers with less adventurous taste buds came to the Ristorante to eat.

What’s more, Gianluca has always been a precise owner, who keeps a vigilant eye on the quality of Ristorante’s produce. “We also take care of the maturation of the meat”, he said. This way, customers are very rarely dissatisfied. Ristorante la Canisela selects “the best meat from all over the country and [offers] the customer the best, that can be served grilled or in other ways”.

However, as any restaurateur knows, popularity comes at a cost. Attracting mostly tourists during wintertime, Ristorante la Canisela would find themselves seating hundreds of guests a week. “On the busiest days,” Gianluca explained, “we can seat up to 70 people per shift”.

So how did they deal adequately with this guest demand?

A key problem was that Gianluca was dealing with reservation requests outside of operating hours. On a regular day, Gianluca would receive phone calls for reservations from morning until the late afternoon. This was tricky because the restaurant would close after two o’clock, re-opening its doors at seven, mostly to accommodate guests returning from their daytime ski excursions.

In Gianluca’s case this was even more difficult: besides Ristorante la Canisela, Gianluca also owns and manages a hotel. His time was split between two locations, and he was only present at the restaurant during the evenings.

Having a manual reservation system locks the restaurateur or staff member into one spot at one time — therefore it’s not viable for someone constantly on the move.  “You can’t take it all day with you”, Gianluca said, critiquing the pen-and-paper system; “and sometimes it can get messy and [is] not easily understandable”.

It’s an age-old tale that most restaurants confront when managing tables: messy handwriting takes time to decipher, and only makes the job of running a restaurant more difficult.

With a manual reservation system in place, Gianluca sought out a viable alternative. Hence, he turned his gaze toward the digital world. . . . 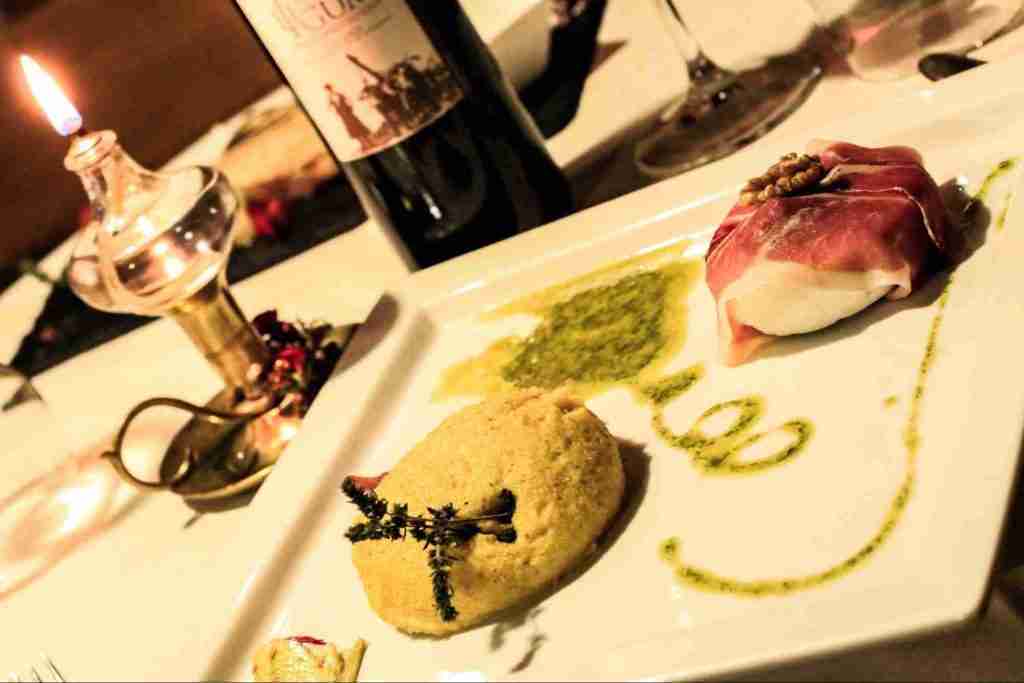 Gianluca was rarely in one spot at one time throughout the day. Ideally, he needed a digital solution that could inform him of incoming reservations while on foot. He found this and more with Carbonara App.

The Restaurant Loves It

Carbonara App’s real-time reservation features have given Gianluca the ability to receive constant updates on all his restaurant’s bookings. Constant feedback was exactly what he was looking for. Being able to accept customer reservations with a constantly updated digital reservation book allowed him to be anywhere while processing reservations.

These features had an added benefit for his staff too. Previously, Gianluca received and manually logged bookings himself, but his restaurant team can now also stay up-to-date, all with the help of Carbonara App’s cloud features.

Everyone loved this aspect of the app’s mechanics. It saved staff time, informed and kept them up-to-date on the latest reservations via their own devices and smartphones. Gianluca felt great about it: in fact, he reported that he felt more in-tune with his team whenever he was away. Now Gianluca can attend to other duties without feeling like he was abandoning ship.

And Gianluca’s Guests Love it Too

Last but not least, Carbonara App’s guest communication features have enhanced Ristorante la Canisela’s quality of customer service. Gianluca reported to us the positive response from his guests.

“They really appreciated the reminder message”, said Gianluca — that is, the regular update customers receive via SMS and/or WhatsApp to inform them about their upcoming table commitments.

“Also,” he continued, “the 90 minute [reminder] prior to the booking message is not only appreciated by the customers but also really useful for the restaurant, as some customers (thanks to the message) cancelled the booking or changed the reservation hours”. That means Gianluca’s team has cut down on their rate of no-shows!

Finally, guest communication features have come in useful in other respects. Messages keep customers close, Gianluca explained, as they also pave the avenue to personal matters too.

He then ended our conversation with an anecdote.

“Some days ago, a lady forgot a hat, and I immediately wrote to her through Carbonara App to inform her. So she came back to take it!”

Gianluca’s story is a reminder that Carbonara App is also about personal relations with restaurant customers. Contact us to learn about how we’re improving relations between restaurants and their regulars.